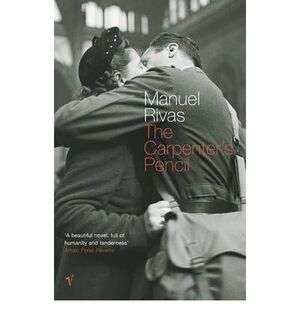 "It is the summer of 1936, the early months of the agonsing civil war that engulfs Spain and shakes the rest of the world. In a prison in the pilgrim city of Santiago de Compostela, an artist sketches the famouse porch of the cathedral, the Portico da Gloria. He uses a carpenter's pencil. But instead of reproducing the sculptured faces of the prophets and elders, he draws the faces of his fellow Republican prisoners. any years later in post Franco Spain, a survivor of that period, Doctor Daniel da Barca, returns from exile to his native Galicia, and the threads of past memories begin to be woven together. This poetic and moving novel conveys the horror and savagery of the tragedy that divided Spain, and the experiences of the men and women who lived through it. Yet in the process, it also relates one of the most beautiful love stories imaginable."